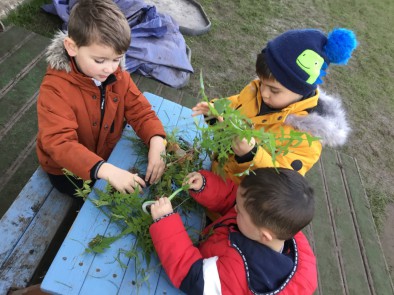 We are situated just off Ruislip High Street, close to all local amenities and easily reached by nearby bus and London underground systems (Ruislip Station). The nursery is open 51 weeks of a year and located in a quiet cul-de-sac with a large secure grassed area.

Co-Owners Debbie Gumm and Carol Hrano, mothers of children themselves, each have a wide varied experience of working in and administrating nurseries, both privately-owned and local authority- controlled.

It is their emotional understanding as parents, first and foremost, combined with their vocational training which Carol and Debbie believe makes Woodlands such a unique childcare facility as opposed to many commercially driven nurseries. They have 50 years practical experience between them.

Employed by the London Borough of Brent, Debbie spent the first years of her career working as a qualified Nursery Officer at Gladstone Park Day Nursery. She spent the next ten years at Furness Day Nursery, leaving her post to have the first of her four children. Debbie was a Registered Child Minder before returning to full time employment again as Officer in Charge at Unicorn Nursery, where she first met Carol.

After leaving college and having obtained the NNEB, Carol worked for a year at Whittlesea Special Needs School. The following seven years were spent employed as a Nursery Officer at the London Brough of Brent's Princess Avenue Day Nursery. Carol was Deputy Officer In Charge when she left to have the first of her three children. She returned to work in 1991 at Unicorn Nursery, which Carol and Debbie ultimately purchased.

Based on their combined experiences as professional nursery nurses and mothers. Debbie and Carol decided to enter into a partnership in 1992 with one basic ideal at its core: to establish a nursery which they would proudly and happily send their own children to, assured of their health and safety, stimulation, enjoyment and intellectual development. 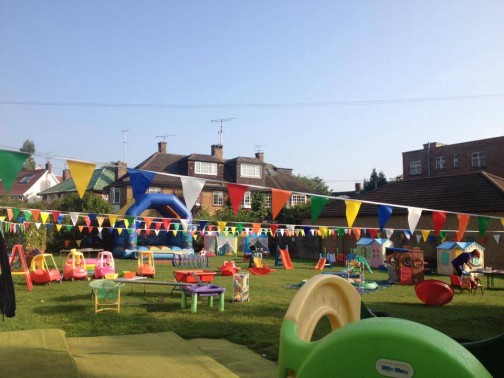